Here Are A Few Things I Never Saw in Vienna

There are some perks to visiting my family in Nashville. One is that it is a great place for walking. My parents live about a mile from World Famous Music Row.™ If I walk from their house to the Music Row roundabout (that circle thing befuddling both natives and tourists for the last two decades) and back, it’s exactly four miles, or one hour at a good pace.

I snapped a few pics along the way, as I am wont to do. So, here are a few things I never saw while out walking in Vienna.

I never saw a monster truck. Nope, not once.

I never saw a bar this disreputable that didn’t have at least a half-dozen gnomes outside it. With tiny wheelbarrows and gardening tools. And maybe a plastic hedgehog or two.

Austrians have plenty of tattoos, but do they have tattoo PARKING? I think NOT.

This doorway actually looks a tad Bavarian. But I never saw a tourist wedding chapel in Vienna. This one is on the same block as the bar and the tattoo parlor. I think that could explain a lot.

I never saw a big old Elvis guitar thing in Vienna. But now I am wondering where I can get one for my front yard. 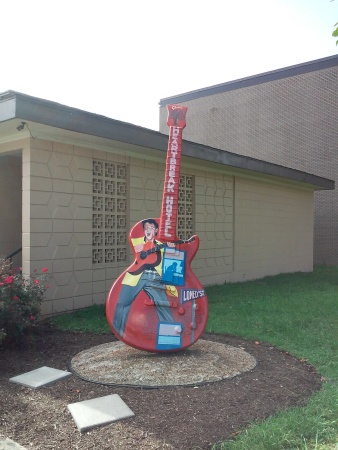 No one in Austria ever reminded me to vote for the CMA (Country Music Association) Awards.

In case you don’t know who to vote for, the record companies will be happy to remind you. 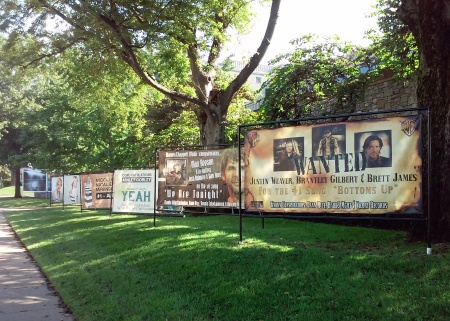 Some of the record companies are pretty creepy. Take NRA Country, which is “a celebration of American values. Respect. Honor. Freedom.” And at the bottom of the page, there is a link: “To further defend your freedom, click here.”  Oh lookie here, an National Rifle Association membership application. So you can “join the fight” by defending the rights of everyone to own a big-ass gun–and to let nine year olds shoot them. Welcome to the heartland.

But, it pays to remember that not everyone in the country music industry (or fan base, which would include me) is dripping with Fox News-fueled insecurity and rage.

Maybe if everyone just ate more Goos-Goos the world would be a better place? Think about it. 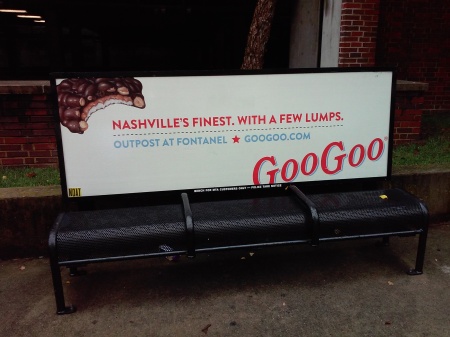 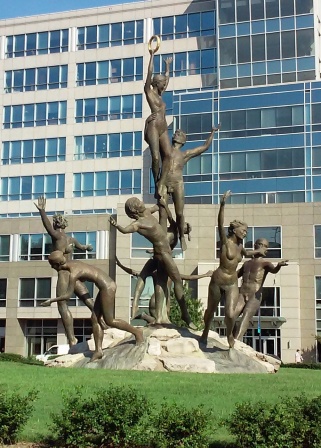 My homies were originally offended by the “nekkid sculpture,” but nowadays they simply dress it up. The statues, collectively named “Musica” by a sculptor who really didn’t seem to know much about country music, have worn everything from pink scarves during fashion week to kilts on St. Patrick’s Day.

And with that, I turned around and walked back in the truly epic heat and humidity that will always be oddly comforting to me. Phew!