Packout was completed yesterday. It went very smoothly, thanks in no small part to the considerable effort I put into downsizing and organizing beforehand! The Polish/Ukrainian packers were also some of the most professional we’re ever had. I am especially thankful for competent movers, as my husband was pretty much AWOL for the last couple weeks due to Trump’s visit to Warsaw.

It is impossible to overstate the amount of work that goes into preparing for any presidential visit, particularly for the Public Affairs section of an embassy. There are advance teams weeks before the event (and pre-advance teams, which I find darkly hilarious). Everything has the potential to be one giant clusterf***, but thanks to the professionalism of faceless bureaucrats everywhere (and the spouses who hold down the fort in the mean time), it always comes together in the end. You’re welcome.

That would be the same bureaucrats that Trump trashed in his speech. Yep, the same government employees who have been working their butts off for weeks just to make this ridiculous man look like a real president got dissed on the very stage they set up for him. Nice.

Finally, on both sides of the Atlantic, our citizens are confronted by yet another danger — one firmly within our control. This danger is invisible to some but familiar to the Poles: the steady creep of government bureaucracy that drains the vitality and wealth of the people.

Government employees are more or less used to this kind of treatment by now. They can take it. The real problem with this speech was that it was more or less a white supremacist manifesto. Yes, our American president came to Europe and delivered a speech written by Stephen Miller, official spokesman for whiny white guys who couldn’t get a date in college and are pissed off at the world.

The speech was an extended dog whistle blown at both the cheering Polish right-wingers who were bused in from the provinces for the speech and Trump’s political base in the States. (The New Republic quotably refers to this as “An International Brotherhood of White Grievance.“) Once I saw where the litany was going, I couldn’t bring myself to put it on the TV while the packers were finishing up. I was just too embarrassed.

Americans, Poles, and the nations of Europe value individual freedom and sovereignty. We must work together to confront forces, whether they come from inside or out, from the South or the East, that threaten over time to undermine these values and to erase the bonds of culture, faith and tradition that make us who we are. (Applause.) If left unchecked, these forces will undermine our courage, sap our spirit, and weaken our will to defend ourselves and our societies.

Other lines are just plain ridiculous coming from a man who is making it his mission to delegitimize the free press—and brags about groping women. Ugh.

We treasure the rule of law and protect the right to free speech and free expression…We empower women as pillars of our society and of our success.

Full text and video here if you can stand to watch it. I recommend a stiff drink first.

This was my 19th packout (I think). For nearly three decades I have been helping to represent the United States overseas, if not with canapés, with extensive logistical support. I’m no cocktail party hostess, but I love my country, and will be the first to tell anyone, anywhere, why I do.

There have always been ups and downs in that story, but the first few months of this administration have by far been the darkest chapter since we started our Foreign Service life. Topped off by a speech that does not represent American values, and should never, ever have been delivered by a American president. It made me sick to my stomach.

I have tons of respect for those Foreign Service families who have decided to stick it out. (I am also fully aware that the decision was easier for us than for many because my husband is eligible for retirement.) But in three days, when I get on that plane, I will not be looking back. Any doubt or regret I may have had about ending our diplomatic life is in ashes today.

The Foreign Service has been a huge part of my life, and will always be at least one of my communities.  It is made up of thousands of good people who do their best to represent our country. They deserve so much better than this. We all deserve better. 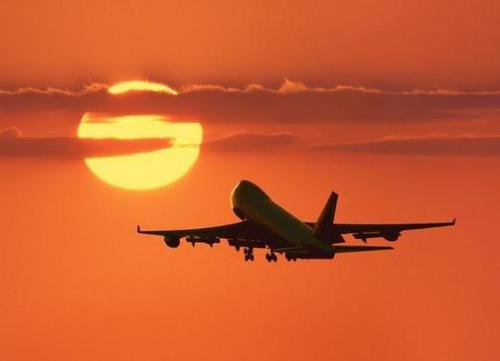