Last night I woke up in the middle of a dream. I was trying to find a doctor’s office in a strange city. No one spoke English. I had one sick kid and one toddler with me. It was dark (which could be late afternoon in Europe, of course). We were on a tram. I had no smart phone. There was no Uber. I didn’t know how to call a taxi, and there was no way to look that up. We overshot our stop and I had to figure out how to get back using a beat-up, pocket-size paper map. I tried to call my husband’s Blackberry on my “dumb” phone but of course he didn’t answer. The toddler kept getting heavier all the time.

Then, abruptly,  I woke up, already tired.

I always have dreams like this around moving time. They usually involve trying to get somewhere important while managing kids, cats, or an overwhelming amount of luggage. Communication difficulties feature heavily, along with frustration, exhaustion, anxiety, or just plain fear. The dreams are a hazy mix of things that could have happened and actual memories. Everything I dreamed about last night, actually happened at some point, just not in the same place, in the same language, or at the same time.

Facebook’s”On This Day” feature keeps showing me all the stressed out posts I’ve written over the last three moves (that 2011 PCS was a doozy). Many of my Foreign Service friends are posting about their packout adventures. It’s that time of year, folks. Transfer season! Complete with Pre-Move Stress Disorder.*

PMSD has some features in common with PTSD, or Post Traumatic Stress Disorder. But of course, it is nowhere near as severe. Moving, especially repeatedly, is more of a slow-motion stress event. Technically, the process becomes easier, as you develop mad Foreign Service Transfer skills. But emotionally, it can actually become more difficult over time. And this, for lack of a better term, is what I’m now calling PMSD!

Along with the dreams, I’ve gone totally ADD, as usual! I’ve lost my glasses twice in the last few days (once I eventually found them on top of my head). I keep leaving the apartment and having to go back for something I forgot. I lost a ticket from the parking garage at my local supermarket last week and had to talk my way out.

You might say, well, some of us are like this all the time! But I am not, normally. Not yet, anyway. If I kept this up for much longer, who knows?

And so I cope by making lists. And lists of lists! And downsizing like a maniac (again), because I keep shuddering at the thought of unpacking all my stuff. I look like the most organized person ever, which is hilarious because I know from experience that no matter how hard you work at this, something will go wrong. Probably several things. You just have to hope that they won’t be too disastrous, that’s all.

For this move, despite months of notice regarding our departure date (and my husband being the biggest noodge ever) our State Department travel orders were not done in time to ship our car or pack out my son at university in London before his lease was up. The car is no biggie. The packout was salvaged by the sheer luck of my sister in law living in the U.K. and being willing to store my son’s stuff until the paperwork is done. Lucky us—especially considering my husband had already paid for a trip to London help get things sorted.

The orders are now complete, so we’re leaving Warsaw on schedule. That is, assuming the recently announced surprise visit of everyone’s crazy uncle on the exact dates of our packout doesn’t screw things up somehow. There goes my husband. It’s a darn good thing I don’t need him to help organize stuff, supervise movers, watch kids, or otherwise assist in this completely unpaid job which I perform every couple of years…

Pre-Move Stress Disorder is about the endless struggle to exert control over a life in which you have very little control. It’s about having big, sweaty men stomp through your house and paw through your stuff every two or three years (they are usually very nice men, it is just the principle of the thing!) It’s about living in all those houses and apartments you didn’t choose, full of furniture you wouldn’t buy at a yard sale.

It’s about not being able to choose your own route or book your own tickets home. It’s about unhealthy frustration and anger with the bureaucracy giving you no information, the wrong information, or simply dropping the ball. It’s about all the goodbyes, you’d really rather not be saying. Rinse, repeat, and then, to top it all off,  your husband’s boss implies that you are a welfare queen. Sigh.

When we packed out from DC in 2011, one of my neighbors was a happily retired trailing spouse. She told me, “I had to close my windows because I could hear that packing-tape noise from across the street. I just can’t stand to hear that sound!”

I get that. I really do. And if that’s not a disorder, I don’t know what is.

I figure, this summer, if I get it all done with no worse than a few sleepless nights and a couple of extra pounds, I am not doing too badly. So far this time, nothing has been thrown at me that I can’t handle (knock on wood). It’s all—dare I say it?—under control.

But wow, is it time to knock it off. No more freaking packing tape! 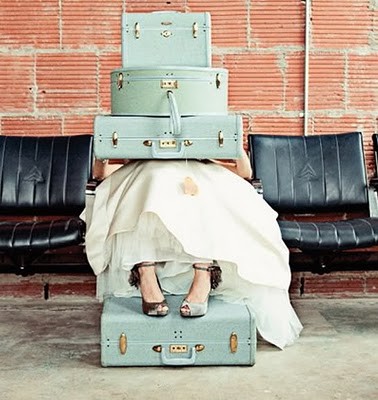 *Thanks to a writing friend for coining the term Pre-Move Stress Disorder!