I Just Have One of Those Faces 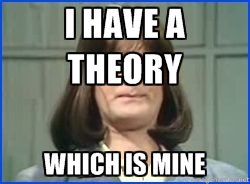 After living in eight foreign countries (and traveling to many more) I have developed several theories. Here’s one of my favorites.

People and cultures can be characterized as open-faced or closed-faced.

Open-faced people look around them while walking. They look others in the eye. They sometimes smile at strangers. They might, in very, extremely, friendly places like Nashville (number one on Travel and Leisure magazine’s list of Friendliest Cities in America), nod and/or say “hi” as they pass you on the street. They frequently ask how you are, or tell you to have a nice day. You might hear about their mother’s most recent surgery while they bag your groceries at Kroger.

This is why, I believe, no matter where I go in the world, people ask me for directions. I have a Nashville face. I can think of no other explanation for it.

Obviously, it happens more in Europe, because I am white as they come, and therefore more likely to be a local who actually knows how to get somewhere. Though I do not look at all Polish, I could pass for German, which is why, I expect, people always spoke to me in German when I lived in Prague. But I am getting ahead of myself here.

Most people in poorer countries have friendly, open faces. This is a major reason why I liked Guatemala and San Salvador. Except for the violent criminal gangs, of course, people in Central America were just plain nice. Heck, even in Zambia, (which I honestly didn’t like at all) people were generally pretty friendly.

Most people in central and eastern Europe have closed faces. Although, of course, it is a spectrum.

Closed-face people, on the other hand, do not look strangers in the face. They either look at the ground while walking, or stare right past you. It’s a bit tricky, actually: I’m not entirely sure how they manage never to make eye contact, but they do. They definitely do not smile at anyone they do not personally know. That would be wrong.

Closed-face people never talk to anyone without a good reason. Saying “hi” to a total stranger would just seem creepy to them.If someone tells them to have a nice day, they wonder about ulterior motives. Like, assassination, maybe.

When we lived in Prague, always under siege by package tour groups, we conducted a sort of informal sociological study. We invented collective nouns for nationalities. Our kids thought this was hilarious.

On the closed end of the spectrum, we called the Russians a “Grimness.” These groups, composed mostly of unsmiling, older, wealthy Russians in fur coats, marched through town like they were invading the place. Like there were tanks right behind them. Oh, wait…

On the other end were the open-faced Italians. We called them a “Chatter.” Wearing black leather jackets and sunglasses even on the grayest days, Italians livened up any street. Hand waving in the air, laughing, talking a mile a minute, pretty much acting like you would expect Italians to behave on vacation. (Or in Italy, for that matter.) Spanish and Latin American groups were Chatters as well.

We called American (U.S.) tour groups, an “Obesity.” If you saw a herd of 300-pounders thundering down the street in t-shirts and ball caps, you knew they were Americans. They weren’t as loud as the Italians, but they were among the friendliest. They would say hello to anyone and anything. Possibly even lamp posts. And if they heard us speaking ‘merican? “Well, HEY! Where y’all from?”

I can’t remember what we called the Chinese and Japanese. It was probably something involving lemmings and/or cameras. When the big groups came through, we knew to put our backs up against the walls and let them pass or get run over. And they took pictures or video of everything. Even my kids (who aren’t even a little bit Czech) were asked on more than one occasion by Chinese or Japanese tourists to pose for photos. I guess any blonde kid would do for the vacation slide show.

The Brits on stag weekends were all wasted. So, never mind what we called them.

We called the German groups, a “Judgement.” The Germans (and Austrians) had faces that were somewhere between closed and open. Not unfriendly, or suspicious, but a bit…judge-y. Considering how much tidier Prague would be if say, Germans ran it. Probably repressing an overwhelming urge to pick up litter and personally enforce jaywalking laws.

The Czechs, at the time  we lived there (15 years ago) were definitely on the grim side. Not every single person, of course, and not most young people. But middle-aged to elderly people were mostly cranky as hell. There was one cashier at the local gas station, in particular, who was just mean. I made a special point to tell her to have a nice day, every single time I was there. I know she appreciated it. Deep, deep down inside. Bless her stone-cold little heart.

To be fair, I’ve visited Prague more recently and manners have markedly improved. Guess there was a Great Grumpy Die-Off over the last few years.

Now, here’s where I may surprise you. The Polish are toward the open-faced end of the spectrum. Yep, even many of the older ones. It’s quite amazing when you consider this country’s decidedly grim history. Good grief, there’s a plaque commemorating a Nazi massacre on practically every street corner in Warsaw.

Not to mention the appalling weather. I mean you would think, if any country’s population had a reason to be grumpy, it would be Poland’s. But mostly, they aren’t!

I had a bit of Stockholm syndrome when I got to Warsaw. After Prague and Vienna, I was expecting things to be a certain way. Take the supermarket. I was so used to cashiers practically throwing groceries at me and tapping their feet impatiently as I negotiated the credit card machines that I tensed up just thinking about grocery shopping.

But it’s not like that! Checking out at my neighborhood grocery store in Warsaw actually operates at a reasonable pace. No one throws groceries at me. The middle-aged cashiers chat with their regular customers. They are understanding about my lame Polish. Sometimes, when they think I actually speak Polish because I managed a competent dzien dobry, they actually make jokes. I don’t understand the jokes, but I get that it is polite conversation. Like, you know, people have. And if they have a couple of words of English, they’ll try them out on me.

I walk a lot here, and of course, I get asked for directions all the time. Because I have one of those faces. It’s quite funny though: in Vienna, people would ask me for directions and then simply turn around and walk away if  said didn’t speak much German. Not every person, of course. But the Viennese reputation for being rude doesn’t come out of nowhere, trust me.

In Warsaw, this situation doesn’t faze anyone. If I say I don’t speak much Polish, the person will switch into some level of English, from halting to fluent, or they will simply repeat the question more slowly, emphasizing important words like TRAMVAJE. And pointing a lot. Because, you know, the only principle at work here is getting directions. There’s not a national pride thing going on for heaven’s sake. No one’s ego is wrapped up in making the rest of the world speak Polish!

A few weeks ago, I was standing at a stoplight with a tiny old couple. Members of that dwarfish generation in Europe who are a foot shorter than their children due to poor nutrition during and after WWII. The old man, with not one but two walking sticks, got impatient and limped across the street against the light. Cars came skidding to a halt. But unlike in Vienna, where people honked at the slightest provocation (real or imagined) there were no horns blaring. Because, you know crazy old man with two walking sticks!

The old lady turned to me, shrugged and laughed, and said basically, what am I going to do with him? And some other stuff I didn’t understand, but I got the gist. I just nodded and smiled.

Warsaw is not Nashville, and it’s not Prague or Vienna. It’s somewhere in between. People who have never lived in Europe before might not consider it to be a terribly friendly place. I can see that. But I know better by now.

Thank you Polish people, for being just plain nice. Especially since I keep getting asked for directions!