Getting Our Viking On

Our addiction to a certain History Channel show had nothing to do with our choice of Denmark as a vacation destination. Nope, not even a tiny bit 😉 But we were pretty psyched to spend a day going a-Viking.

The Trelleborg Viking Fortress is clear across Zealand from Copenhagen, which is to say, about an hour’s drive. The site consists of a really cool excavated circle fort, a Viking cemetery, a reconstructed village, a museum of artifacts found at the site, and occasional demonstrations and reenactments.

Odin sent us yet more beautiful weather, and we spent a fun morning exploring. I was slightly disappointed not to see Rollo lurking about in the village. 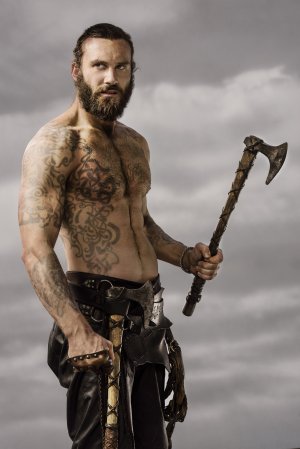 But my nerd husband did get to try on Viking armor before we left which made his whole vacation!

Afterwards, we visited the Viking Ship Museum in Roskilde. Also very cool. The museum is centered around the remains of five Viking ships that were scuttled in Roskilde Fjord about a thousand years ago. They are very well-preserved considering! Reconstructions of the ships can be found outside the museum, along with an active boat building yard.