Who Are You Calling “Eligible”?

The State Department has a term for people like me. Well, probably more than one term (!) but the relevant acronym in this case is EFM, for Eligible Family Member.

A lengthy definition of this term, with all the variations thereof, can be found here, if you are interested. The short version is that I am the legal spouse/partner of a Foreign Service officer, and can therefore apply for embassy jobs.

So, why don’t I? This question has come up repeatedly over the last 25 years. As we prepare for our next post, it’s coming up again. So, maybe it’s time to write from the perspective of one who has opted out of embassy employment. One of those who will probably always be counted as “not actively seeking employment” at post—as if that were happening in anything resembling a normal job market.

For the first few years, I was asked why I didn’t take the Foreign Service exam myself. After all, I was a Georgetown University graduate, just like my husband, with a BA in Government. Surely, I wanted the same type of career?

Well, no, actually. Being a diplomat is my husband’s dream, not mine. Though I’ve worked consistently ever since I was a teenager, I became a Foreign Service spouse right out of college, before I had a chance to occupy a career-oriented position. While I have always liked to travel, I had no great ambition to work in international affairs then, and I don’t especially now. (Oh, the irony…)

I didn’t want to become half of a tandem couple, either. Particularly since the one area of the Foreign Service that I find at all appealing is Public Diplomacy—my husband’s section. What a bidding nightmare that would have been!

Next question: why don’t you apply for the CLO (Community Liaison Office coordinator) job? In fact, the CLO newsletter editor position was just advertised at our next post. Along with managing the CLO website. I would be awesome in this job. I have all the relevant experience and skills. Heck, I co-wrote a manual on developing embassy websites. I have edited newsletters at three posts and am currently telecommuting as part-time content manager for a non-profit at the moment. It doesn’t pay much, but it works for me.

However, the newsletter position has been rolled into a CLO Assistant position, which encompasses all the stuff I least like to do. Information, yes, people, not so much. I hate organizing events, and I am not good at hand-holding. I’ve been told that this is the new policy worldwide: combining the newsletter job with other CLO responsibilities. Never mind that content management is a completely separate skill than people management—and these two skills rarely exist to the same degree in the same person, in my experience. Some genius apparently thought this would be more efficient, and now it’s the policy.

So, scratch that off the list. Oh well, after my last experience applying for a similar job, I wasn’t counting on it anyway.

How about other EFM jobs?

Warsaw, along with a few other forward-thinking embassies, has done a very smart thing. They compiled a list of all the EFM positions that are coming up this summer and sent it out to the incoming EFMs directly, at their personal email addresses, not through the officers. How very sensible!

There are two Professional Associate positions, which is a good thing for those who wish to work full-time in political affairs (and more power to them). But just two professional (if entry-level) jobs available for a pool of what must be around a hundred spouses is still slim pickings.

I realize that even if I wanted one of these jobs, getting any of them would require filling out mountains of paperwork and a lengthy wait (we’re talking many months) for a security clearance before I could start working. This point was driven home by what happened to my son when he applied for a warehouse job last year. A situation that is getting worse, not better, as far as I can tell, to the detriment of both spouses and the embassy sections that need their labor.

So, let’s not pretend that this system is working as advertised. If it did, then frustration probably wouldn’t be as rampant among the EFMs who choose to participate in it. Spouse employment is always named as the number one morale issue in the Foreign Service. There are valid reasons for this—and they can’t all be blamed on shrinking budgets or post 9/11 security requirements.

A good friend who was once an EFM and is now an FSO says that you have to choose. If you are serious about having a “real” career as the spouse of a Foreign Service Officer, the only option is to become an FSO yourself. If you don’t do that, then forget about having a linear, highly remunerative, career. It’s not a popular point of view, but I have to say, based on over 25 years of experience, that I agree with her. Repeatedly having to compete for scraps at every post is just not a satisfying trajectory. I have noticed that it seems to make a lot of spouses pretty unhappy.

So, those are some major, and I believe, rational, reasons that I have opted out. I understand that a conventional career is just not going to happen for me. My husband and I are both comfortable with that choice, and with whatever financial consequences there are to it (though we are doing just fine).

Of course, there are other factors. While I have always worked part-time, I probably wouldn’t have wanted to work full time when my kids were young under any circumstances in which I had a choice about it. I was glad that I did have a choice, and I was a good primary caregiver. There was quite a bit of job satisfaction there for me.

I’m an introvert, so I don’t need to be around people all day. I don’t mind being Family CEO. I’m also a creative type, and over the years, I have found so many other ways to stay busy (writing, crafts, genealogy, photography, art classes, language classes, lots of exercise…) that it would difficult to give them all up now, even for an awesome job.

But give them up in order to be a secretary? Or to watch paint dry?

I don’t think so. 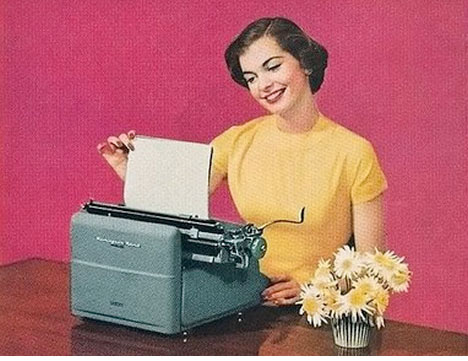