So, this morning, I saw on CNN that a march would be taking place downtown to protest police killings of black men. I said to my husband, hey, let’s go down there. And he said, sure! This is something I love about my husband. He will always show up for a good cause.

So, we headed down to Freedom Plaza, along with thousands of other people. The crowd was majority black, but I would say at least a quarter were not. Because you don’t have to be black to be concerned about trigger-happy cops. I mean, duh. This is not “someone else’s problem.” It is an American problem. As one of the speakers said, if there isn’t justice for all, then there is justice for none. 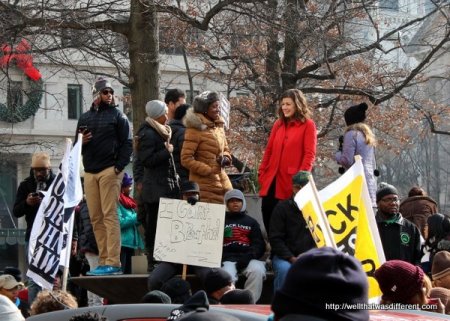 We couldn’t get close enough to hear the speakers, but just by chance, the Reverend Al Sharpton walked right past us, with Michael Brown’s father and Spike Lee right behind them. I know Al Sharpton annoys a lot of people, white and black. But he’s still a helluva speaker. He may be one of the old guard, but he has been a part of the political landscape for my entire adult life, so seeing him in person was pretty cool.

The march started right on time, down Pennsylvania Avenue to the Capitol. I mostly get the Short Person View of any crowd, but I did stand up on a concrete bollard at one point and got some good shots. 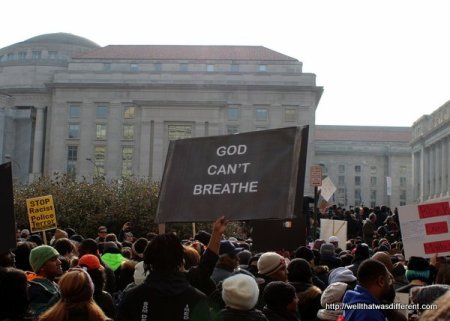 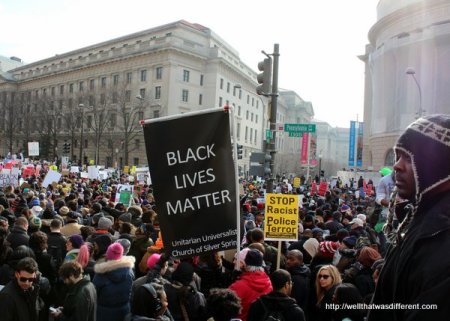 Rallies are such a regular occurrence in Washington that the vendors can get the appropriate merchandise out on the streets in no time flat. They must know the world’s fastest t-shirt printers.

And here we go, down Pennsylvania Avenue. Thousands of people shouting “I can’t breathe!” and “Hands up! Don’t shoot!” Pretty awesome. 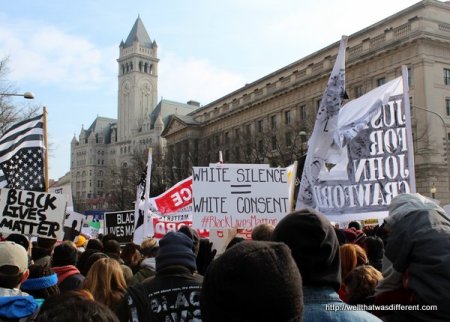 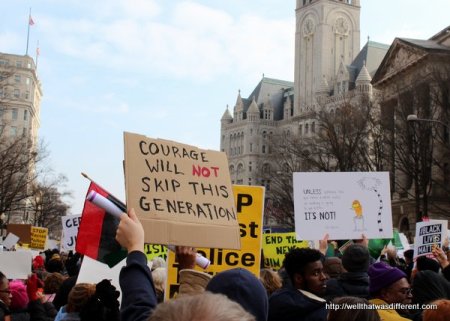 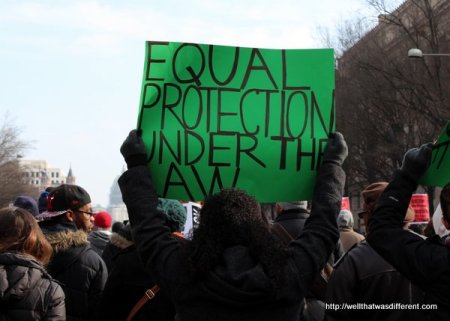 At the Capitol, several speakers addressed the crowd, unfortunately, with a too-small video screen and an underpowered speaker system. I did understand the prayer at the beginning, but after that, not much. So, we headed off to find a bathroom and some lunch. 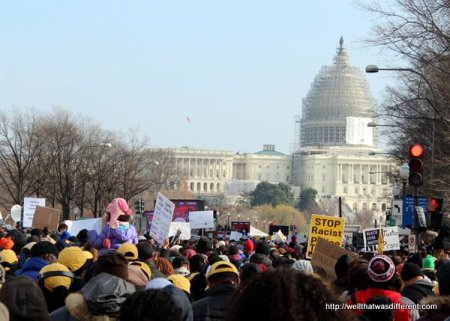 I’m not the diplomat, my husband is. Nevertheless, whenever we are overseas, I find myself representing the United States to a certain degree. I’d like to be proud of my country, but it’s not always possible. How can we lecture other countries on human rights when these police killings are going on in our own country—and the killers are rarely, if ever, going to jail for their crimes?

But this—thousands of people coming together peacefully, in cities all over the country, to say NO MORE. This makes me proud to be American. I was glad to be a very tiny part of it all.