I knew absolutely nothing about Innsbruck before we arrived, other than it was on the way to Italy and was kind of ski chic. I definitely had no idea it was such a tourist trap. It’s nice enough, but really? There must have been at least a couple of dozen package tours from Taiwan alone in town while we were there. Not to mention Germans and Italians. Oy.

We adopted our usual tactic, which was to go to all the little museums in town. It is amazing how many of these tour groups do not visit even ONE museum. But that is OK with me, because it means I can hide out from the crowds in shady comfort while they tromp around with headsets in the hot sun following an umbrella or a stick with a flag on it.

More on museums, and a very cool day spent up on the mountainside later. Here’s a few pics from around town, for a start.

From the top of the tower at City Hall.

Another view from the tower.

The Goldenes Dachl (golden roof) of Emperor Maximilian I. He was a big show off. 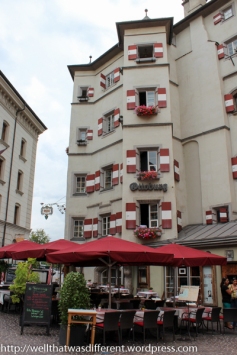 I believe this is a converted town gate.

And pelargonums in the windows, of course.

The Goldener Adler hotel. We didn’t stay here, but the restaurant was sure good. I also like the gold umbrellas.

Tour group. I had to include one.

Cowbells. The cows actually wear a plain version of these.

Accordion-playing rodents are ubiquitous in Austria. 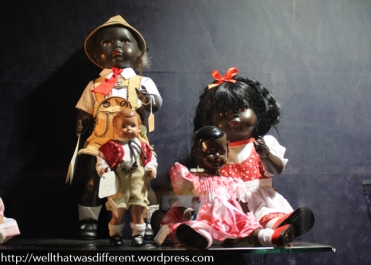 I cannot explain this. 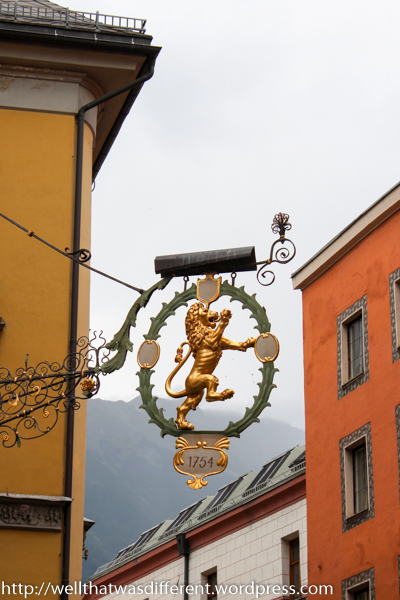 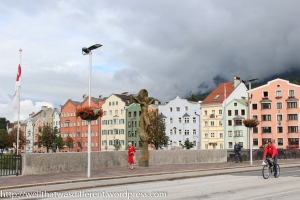 Lady in red on the actual Innsbruck (bridge over the river Inn).

This made me laugh.