You can’t keep me away from a good cemetery. I had visited the Wien Zentralfriedhof a few weeks ago, but it was still on my husband’s bucket list. So I returned with him, and luckily this time the Church of St. Charles Borromeo was open.

This church is also known as the Dr. Karl Lueger Memorial Church after the mayor of Vienna at the turn of the last century. Lueger is credited with many improvements to Vienna’s infrastructure, including the modern public transport system and other municipal services. He was also, unfortunately, a racist and a major anti-Semite, winning election in part by exploiting the more or less endemic anti-Semitism of the electorate and afterward refusing to employ Jews in city government. (Hitler admired the man, so there you go.)

The Karl Lueger church however, is a nice example of Secession architecture and refreshing contrast to the Baroque style of nearly all other churches in Austria. I was very glad to have an opportunity to see it before we leave post. 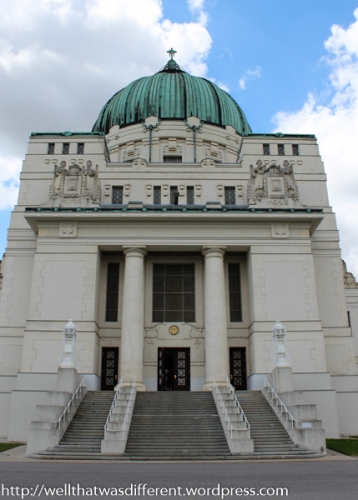 The church looks a bit like a bank, but is most imposing. 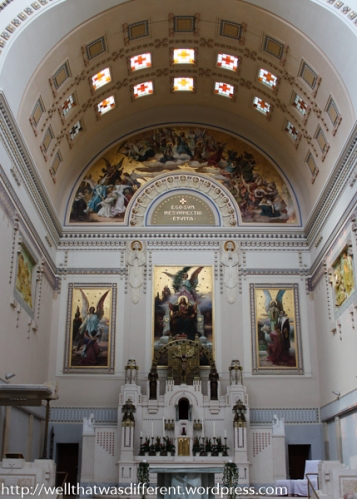 The domed roof was destroyed in WWII but later rebuilt. 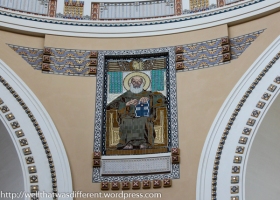 Saint at the bottom of the dome. 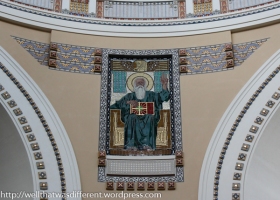 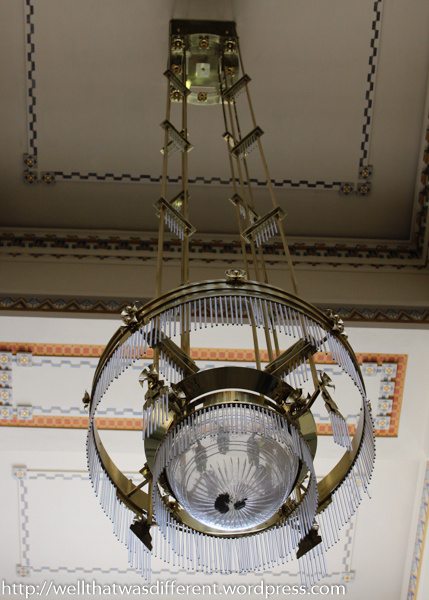 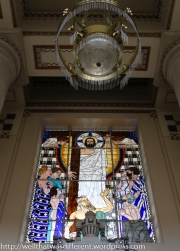 The stained glass is mostly original. 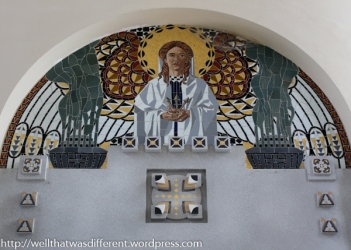 Angel over an arch. 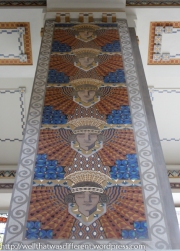 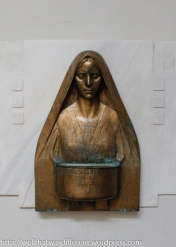 Holy water basins at the door. 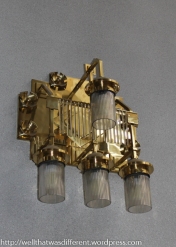 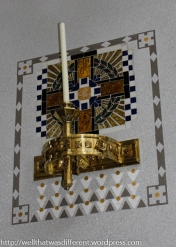 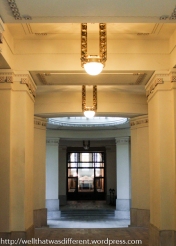 The undercroft, I guess you would call it. 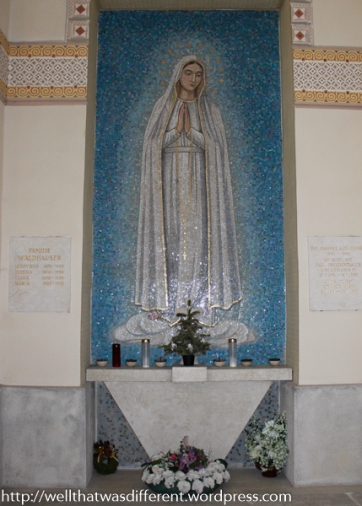 A small chapel in the undercroft. 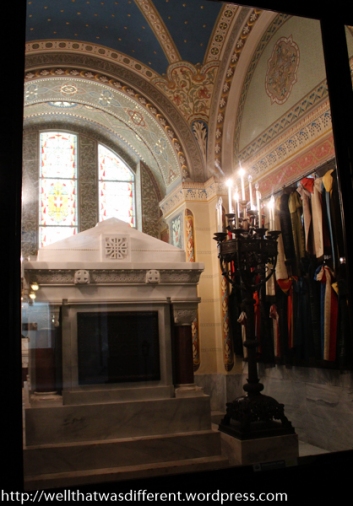 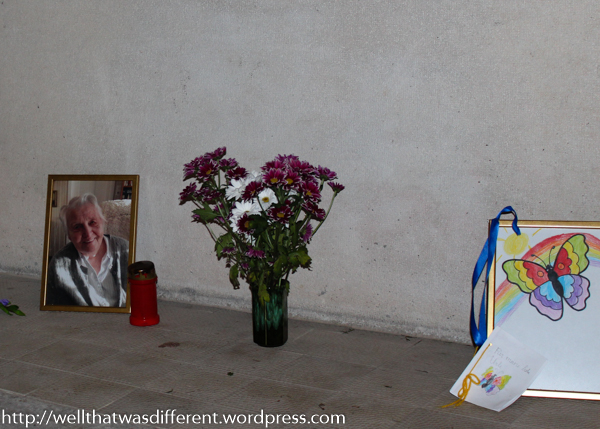 A card for grandma: a nice human touch amid all the grandeur.