Wawel Castle is probably Krakow’s biggest tourist attraction. It is pretty neat, but not one of those castles where you (or your kids) can wander around to your heart’s content. It’s more of a cultural center, with a bunch of different historical and art exhibits, each requiring a separate ticket (although you can buy combinations) and mostly with timed entry. That said, it is all very professionally managed, everything is labeled in English, and the exhibits are particularly nice. We especially liked the guided tour of the private apartments, which included many asides about recent Polish history by our guide.

No photos are allowed in the castle, but I got a few of the outside and sneaked a few in Wawel Cathedral (AKA  The Royal Archcathedral Basilica of Saints Stanislaus and Wenceslaus). We wandered into a few other churches as well, and so I’m tossing in those photos. Click any photo for a slideshow with captions. 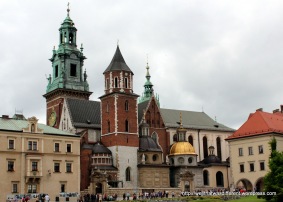 Wawel cathedral from the castle courtyard

Statue and cool gutter things on the cathedral 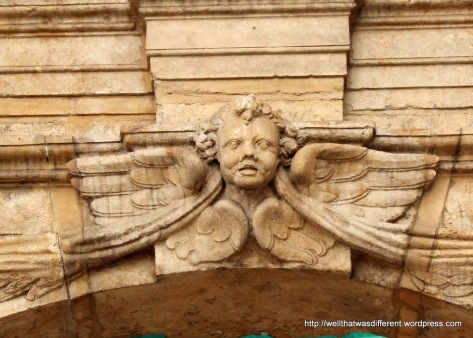 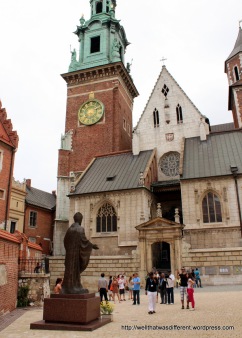 Statue of Pope John Paul in the cathedral courtyard. He was once a priest at this church. 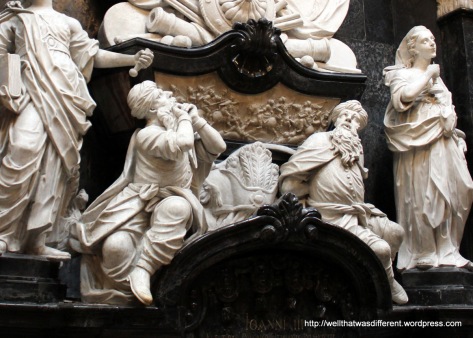 Inside the cathedral–cowering Moors at the feet of Jan Sobieski 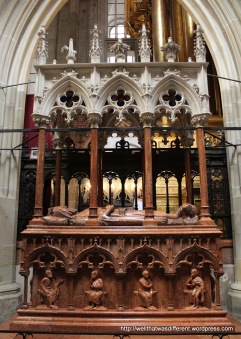 Tomb of King Casimir the Great 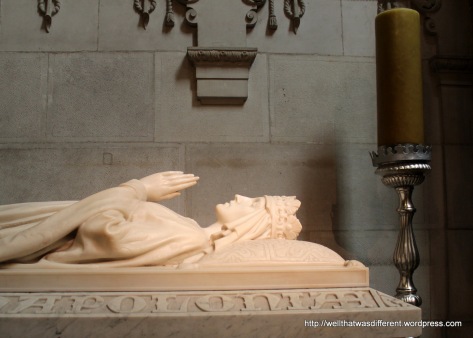 Pretty tomb of a queen–not sure which one 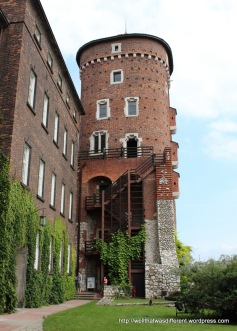 The castle tower–yes we climbed this 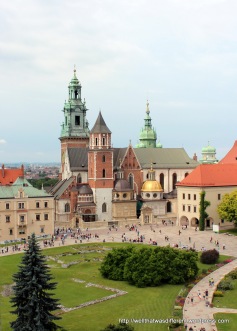 The castle courtyard from the top of the tower 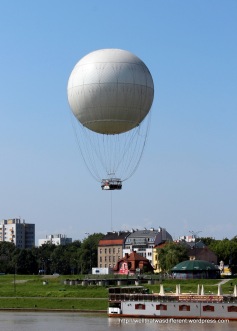 Communist-era hotel across the river Vistula from the castle tower

The Church of Saints Peter and Paul

Peter or Paul–take your pick 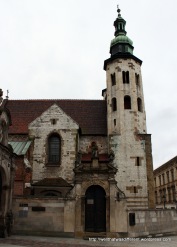 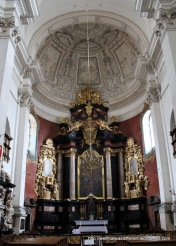 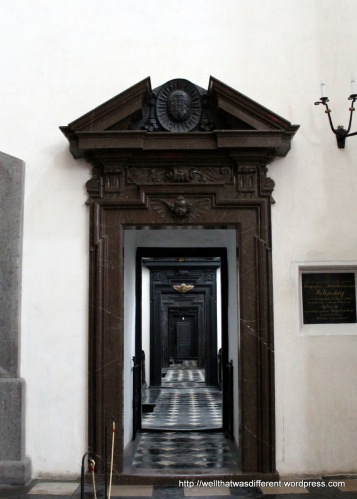 This is not John Paul, but apparently an earlier bishop who looked just like him 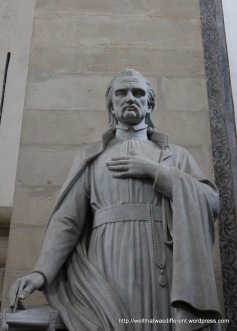 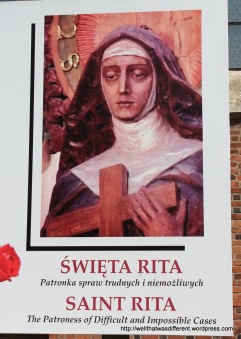 This is an Augustinian church near the Jewish Quarter

Saint Rita, the patron saint of difficult and impossible cases–I wonder if she takes on teenagers… 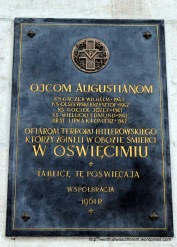 Augustinian monks killed in the Holocaust

St Mary on the Market Square 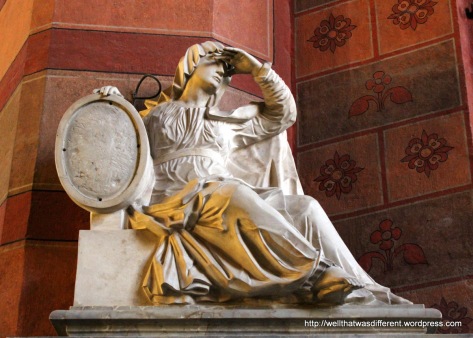 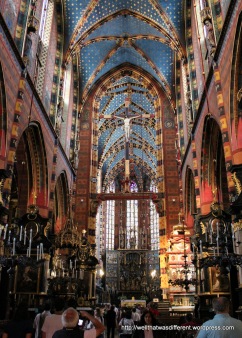 Interior of the nave

This Madonna by the entrance seems to be important–every Pole who entered the church did a little bow to her and crossed themselves, and there were several people praying in front of it. But I couldn’t find anything in English online about it.