A Break from Baroque: Maria am Gestade

I am so glad I found out about these quick tours of various sites around the city that are offered by a member of our local women’s association. This week, we visited Maria am Gestade, a church that forms part of the terrific view from our living room. Visiting hours are limited, so I have walked past it a million times, but never gone inside.

“Maria of the Shores” is one of the oldest churches in Vienna. Sitting atop a little hill, it once overlooked the Danube. (The river has since changed course and was diverted permanently when the Danube Canal was built in the 19th century.) Traces of the wall that once encircled Roman Vindabona can be seen in the church foundations. Winding medieval streets and some of the oldest houses in Vienna surround it.

The first church was supposedly built on the site in the 9th century by grateful sailors. In the 12th century, it was rebuilt in the Romanesque style, and renovated in the Gothic style in the late 13th and early 14th centuries. Later on, it was de-consecrated and used for, among other things, a pawn shop and a stable for Napoleon’s horses.

Finally, in the mid-19th century, it was restored quite nicely in the Gothic style and dedicated to Saint Clement Maria Hofbauer, an 18th century Moravian priest who is also one of the patron saints of Vienna.

The current church is a mix of original medieval and 19th century construction and artwork. It all comes together pretty well, and is a nice break from the Baroque overload of most other churches here.

Click any photo to open a slide show with captions. 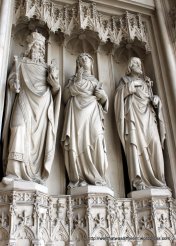 More statues on the portico

I think this part is original 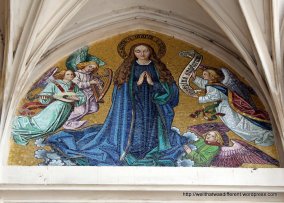 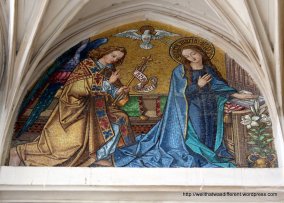 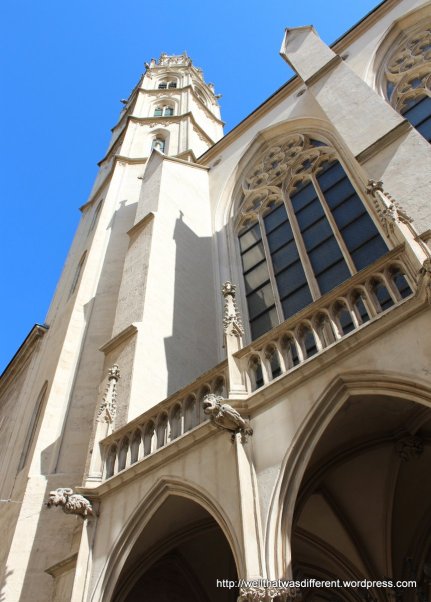 The side portico is better preserved 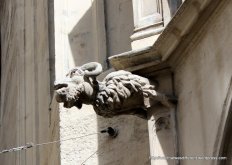 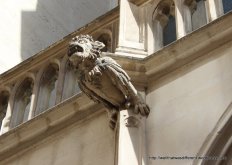 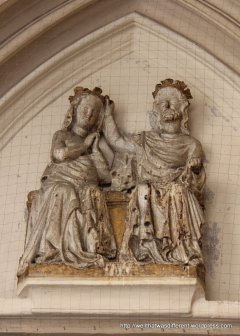 Partially restored Gothic interior–the nave is the oldest part of the church. 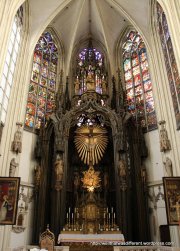 The high altar is a mix of 14th and 19th century elements. The windows are original (restored in the 19th century)

These medieval paintings beside the altar are designed to flip to show another painting depending on the occasion.

Painting on the other side of the altar

Close-up of the high altar.

Shrine to St Clement Maria Hofbauer, patron of the church and of Vienna

Plaques thanking Saint Clement for various things. At bottom right one thanks him for “the homecoming of my sons” in 1945 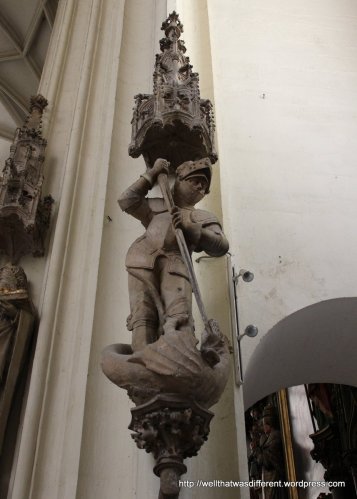 Churches in Europe are often a real hodge-podge of styles 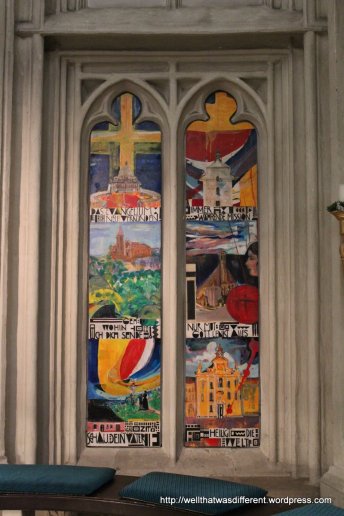 Odd, but kind of nice 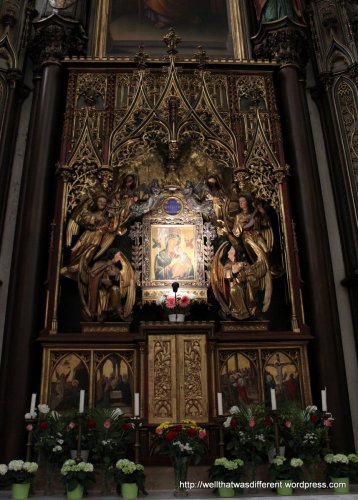 Side altar–mix of 14th and 19th century elements

These 19th century angels are rather sweet

Saint Clement is abducted by aliens 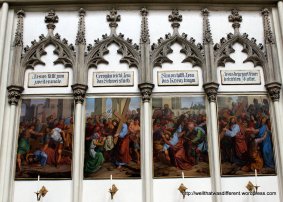 The stations of the cross, with helpful captions

Fancy embroidered chair for the priest

Interesting little door in the wall–what lies behind it, I wonder?