Some Things I Am Still Smiling About Today

Yesterday, “Election Morning” in Vienna, I got up at 5 AM to see the returns. Just in time to see Tim Kaine win in Virginia!

So, that is the first thing I am still happy about. Kaine is not only a good guy, but way smarter than his notoriously dim-witted opponent. George “Macaca” Allen, is a relic of Old Virginia, and not in a good way. Don’t let the door hit you on the way out, cranky old white man.

Second thing I am smiling about. Claire McCaskill in Missouri beat the tar out of my favorite Neanderthal, Todd Akin, 55/40. She shut him down, big time. Not only that, but others of his ilk were also shut down. Mourdock in Indiana, Walsh in Illinois, and several more. I think this says something important about today’s America, and I sure hope the GOP is listening (though I doubt it): you just can’t talk about women that way anymore. Not acceptable. Not to women, and not to the more evolved individuals of the male persuasion. We will put a boot in your behind if you do. Bye-bye!

Third: gay marriage was approved in Maryland and Maine. I don’t have a dog in that fight, but neither do I think it’s any of my business if a woman wants to marry a woman or a man wants to marry a man. If you don’t believe that sort of thing is right, then don’t do it. But it’s not right that some people’s perception of religious morality should decide that for other people. Because one religion doesn’t get to rule over another (or even over no religion) in this country. And, anyway, it’s just plain mean to try to keep people apart when 1.) they love each other and 2.) you can’t really stop them, anyway. So, congratulations to all the happy newlyweds, is what I say!

Take Dade County, Florida, for example. Voters waited in line for hours, some of them even after the race had already been called! Turnout is “set to break records” and as of this writing and I don’t think all the votes have even been counted yet. But the Florida race has tentatively been called for Obama according to the Washington Post, That is thanks largely to majority-minority counties like Dade. You have to ask yourself: why would turnout be even higher than in 2008? Because people were righteously pissed, that’s why. And made it known in a very appropriate way. Good for them!

Fifth: I am very happy John Bolton will not be my husband’s boss. In fact, I’m going to go out on a limb and say that there are probably several dyed-in-the-wool Republican Foreign Service Officers who are absolutely OK with that, as well. The man is quite possibly the most, um, undiplomatic diplomat ever. (I am being very diplomatic when I say that.) Oh, and by the way, Romney didn’t look like he was on track to be a great statesman on the world stage, either. Let’s just call that a bullet dodged, shall we?

Sixth: this election showed that there are at least half of the electorate who are perfectly sane. And have had it with the increasingly wacky and downright offensive Republican party. I know that’s a low bar, but there are days when I really wondered…

I am sure there are people out there who voted for Romney for good, old-fashioned reasons like being rich and wanting to hold on to their money. And there are some who are single-issue voters, and would vote for almost anyone who claimed to be “pro-life” or “pro-marriage.” And there are libertarians, who are kind of between a rock and a hard place right now, what with having to choose between government-run health care and the government in their bedrooms (or even more personal places!)

But there are also plenty of people who really do think that Obama is a Kenyan communist, a secret Muslim, or even the Antichrist. And of course there are some who just see him as an uppity, er, Negro. And, by now, they are all in the Republican party, making up what is called “the base” and wagging the rest of the party by the tail. I used to think that these folks might come around eventually. But, I have come to the conclusion that is not possible. We just have to keep outvoting and quite frankly, outliving, them. Evolution happens, people!

Seventh: this election was another watershed in that Obama is no longer a novelty candidate, but was elected anyway. He is no longer seen as anti-establishment, but as a highly competent part of the establishment. Some on the far left might see that as a problem. I look at it this way: shouldn’t it be perfectly normal to have a black President? Or a woman Speaker of the House? The next time either of these things happens, it will hardly be newsworthy. Which is as it should be. Now, let’s just get over that last hurdle and elect a woman President 🙂

Final thought: I am well on the way to becoming a middle-aged white lady. Based on my age, ethnicity, income, marital status, state of origin and residence, statisticians would at minimum have no idea where to put me, and might even peg me for a Republican. But when I see the convention or election night crowds on TV, I know which one I would rather be a part of. I know which one looks like my America. Today, I am proud to be an American—and really looking forward to going  home again! 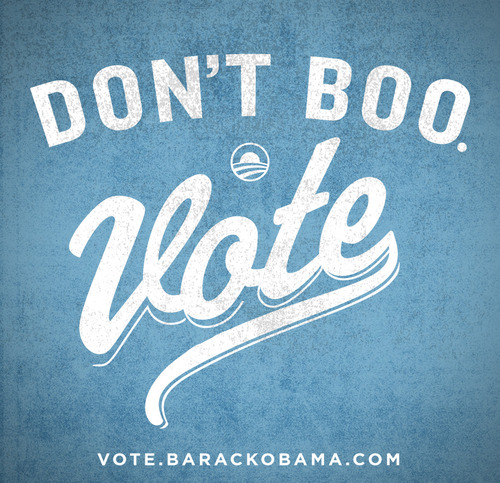